Best Firewood for your Fire Pit

9 Items to NOT Feed your Compost Worms

Best Firewood for your Fire Pit 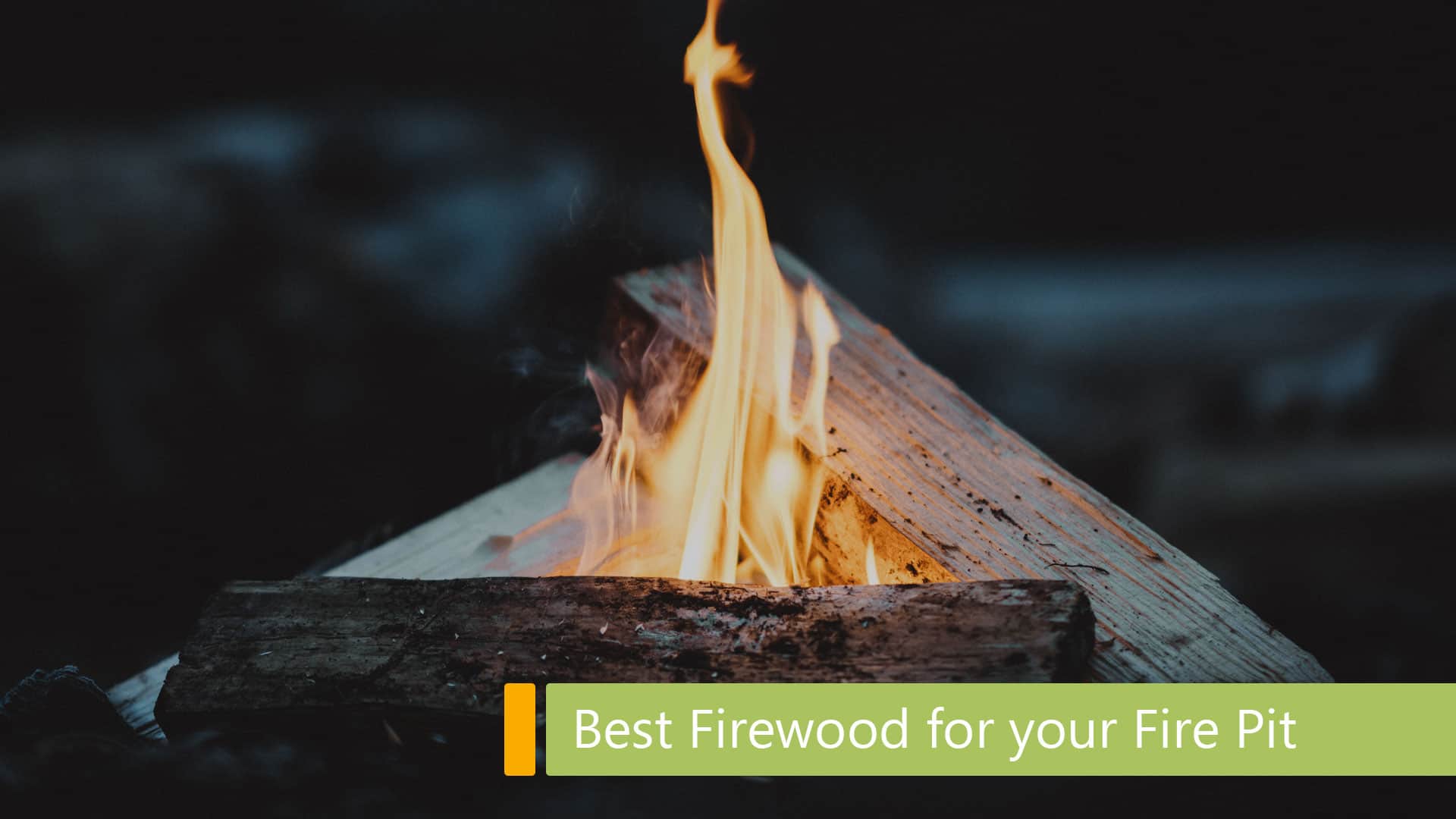 Amazon Affiliate Disclaimer: YARDIAC.COM is a participant in the Amazon Services LLC Associates Program, an affiliate advertising program designed to provide a means for sites to earn advertising fees by advertising and linking to products and listings on Amazon.com.

Some links on this site will redirect you to Amazon to purchase a recommended product. Using these links will not cost you anything extra, but help YARDIAC.COM to produce content, maintain infrastructure, and other costs associated with website upkeep.

The short and easy answer is a well-seasoned oak. Oak wood, whether white, red, or black, are all commonly found in various parts of the United States and Canada. If you can’t find a specific species, chances are there’s another one close by.

Oak is a dense hardwood that burns slower and longer while producing a warm fire. When properly seasoned, it will only produce low amounts of soot or creosote and small amounts of smoke.

Soot is generally considered the build-up of unburned carbon particles from a fire. This resembles ash in that it’s flaky and relatively easy to remove.

Creosote resembles a tar-like substance that builds on the walls of a chimney flue. Generally speaking, burning softer woods will result in more significant creosote build-up. This is due to more copious amounts of smoke being produced and naturally occurring chemicals in the wood being burned.

If oak isn’t readily available near you, other options like ash, hickory, cherry, maple, birch, and generally any fruit tree are other good options. The most important aspect of any wood is it has been appropriately seasoned.

If you have neighbors downwind or relatively close by, using hardwood is a must. Otherwise, you may have some unexpected company due to excessive smoke.

What ​does 'BTU' stand for?

​BTU stands for British Thermal Units and is a measure of heat output. Think of it like gas mileage to a car. This is heat output to a standard amount of wood, in our case, a cord. The higher the BTU, the greater amount of heat you’ll get from that standard amount.

​Heat output correlates with the weight of the wood. In this information found on wood-heating-solutions.com, you’ll see the greater the weight, the higher the BTU’s. This is due to the greater density of the wood.

​​Just because a particular species of wood has a high heat output, that doesn’t mean it’s the best for your bonfire. You’ll want to keep your denser hardwoods for colder weather, while less dense hardwoods like Birch, Ash, or Walnut are good for summer fires.

Kindling doesn’t matter nearly as much as the logs you’ll be tossing on the fire. Sticks lying around on your property will work just fine. You don’t need to worry about these being seasoned, as they’ll thin enough they dry out quickly.

If you want a specific wood to use, pine or fir is always a good option. Otherwise, if you already have a rick of hardwood on your property, use an ax and cut off some smaller pieces.

Those smaller pieces you should be able to break with your hand. You can use those to build up a small fire where you can place the larger logs on later.

​How do I know if the wood is dry enough?

The easiest way to determine if the wood is dry enough is to use a moisture meter. These can be bought for around $20, and as long as your wood hasn’t sat out in the rain recently, you’ll get an accurate reading.

Otherwise, you’ll need to look for other signs the wood is dry. As moisture leaves the log, the wood fibers move, and this can cause the ends of the wood to crack and separate. You should see crevices form on the ends, and if you know the wood has been sitting for a year or more under some shelter, it’ll probably burn just fine.

Additionally, you can drop the wood on concrete and listen to the sound it makes. Dry wood has a hollow sound, a respondent and firm ‘knock-knock,’ instead of a deadened ‘thud-thud’ on wood that’s still too green.

Can you burn plywood or 2x4’s?

You can, but that doesn’t mean you should. Plywood, MDF, pressure-treated lumber, and other ‘man-made’ or store-bought woods contain glues, chemicals, and other substances that are toxic and released into the air when burned. Additionally, it may be against the law or break city ordinances based on your local jurisdiction.

Can you burn pallet wood?

Similar to other man-made woods, it’s difficult to know whether or not there are any chemicals in the pallet wood. Even if the wood appears dry, it could have soaked in chemicals long ago that will get released when burned. You’re better off sticking with woods specifically for burning.